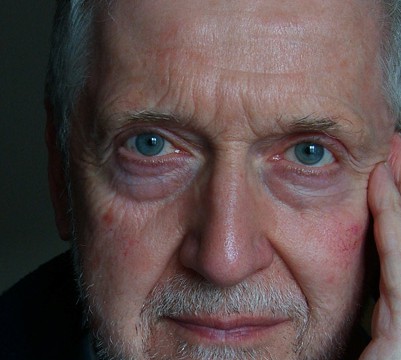 Paul Kincaid recently honoured in Rohan, Southern Brittany. The main celebration was the inauguration of the 17 th century grain Hall rebuilt in the town after 60 years absence. Paul had presented the town with a bronze bust of Jean II de Rohan the Viscount of Rohan. The bust was made in his Llansawel studio and cast in the foundry at West Wales School of the Arts. 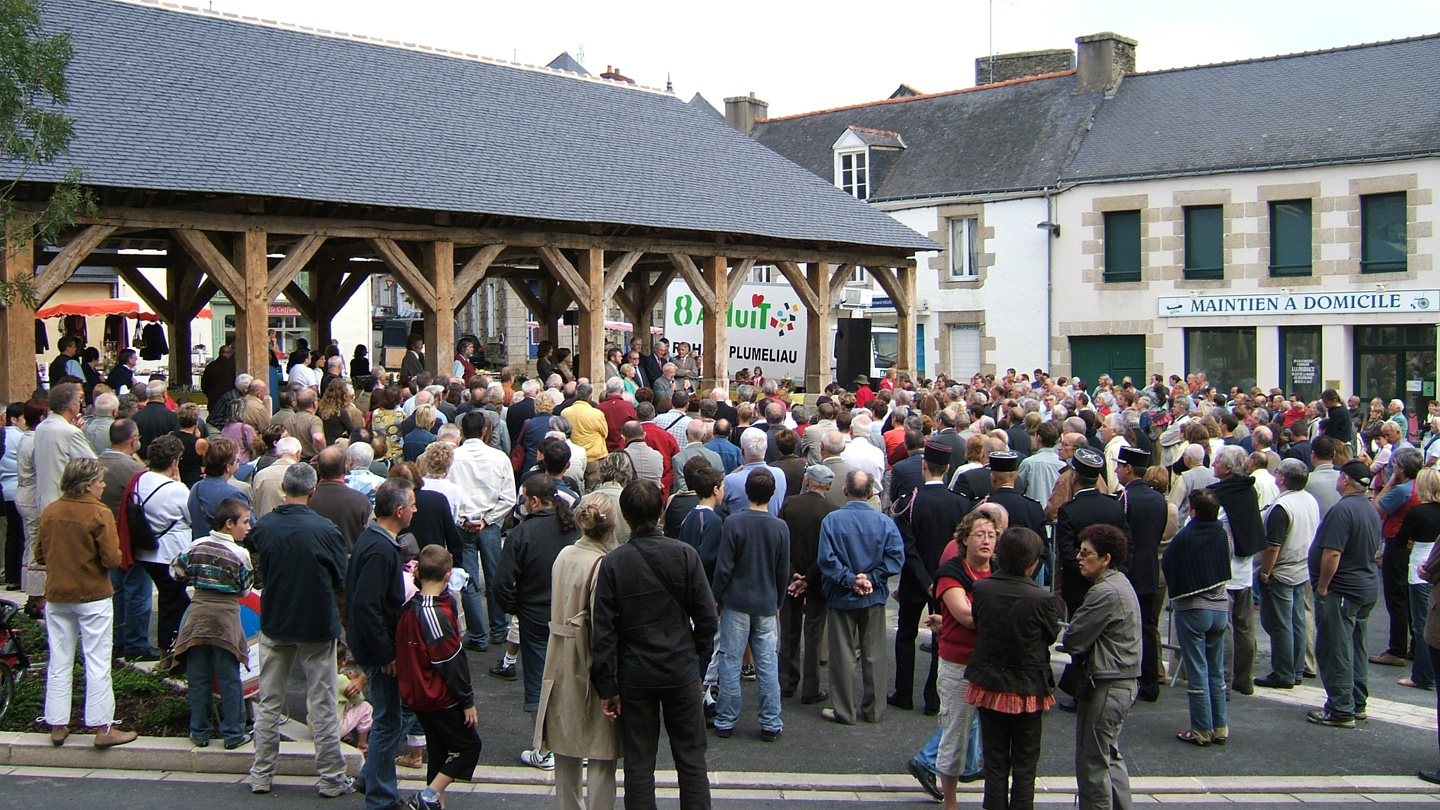 The ceremony was attended by a decendent of Jean II, Josselin de Rohan, and Mme. Odette Herviaux, both senators in the French government, representatives of the Department of Morbihan, Consul Regional and General and the Mayor of the Commune of Rohan, Saint Samson and St Gouvery. Paul was presented with the medal of the Commune and given the freedom of the area. The Commune also pledged support for Paul’s project for the development of a Sculpture Garden beside the canal.

Paul Bothwell Kincaid’s work is haunted by the past and a fear of the torment of boredom: a life without purpose and the inevitability of life’s encroaching end: “Mortality bothers me; like William Morris, I find it difficult to believe that I am going to die”.

Hailing from a Catholic background, Kincaid’s imagery is strongly influenced by Biblical themes; he describes his sculpture, likening them to angels, as “difficult earth-born images”, not the soft feathered Seraphim of familiar thought, but ” a heavy, muscular manifestation that pushes out of a dark concentrate, a kind of rich physical loam that contains the seed of life”: “Dust thou art and unto dust thou shalt return.” These are fixed objects that will not rest; images of sex and death; a paradox of stone that would be flesh. Kincaid’s work is recognisably figurative, yet unfamiliar – inviting touch, without that reassuring softness, that might circumvent further exploration into these tensions of expanded muscle and fat, that provide the perfect issue for allegory.

The production of Kincaid’s pieces is a ritualistic process, ideas are drawn from the subconscious mind and given form by stages; collages of restricted visual matter, chosen by primary response, focus the attention and precede drawings, clay models and finally, carved stone. These midels are not slavish transcriptions of anatomical studies, but figurative images, whose structural anatomy is determined by folded sheet clay; it is this anatomy that carries the spirit of each piece. The fluidity of form produced by this technique, provides the basis of its final translation into stone or wood; Kincaid views consideration of this anatomy in his work as “a communion with the non perceived. The body Mythical and Spiritual.

The life force kicks in with Kincaid at precisely the moment when it’s most needed: when the urge to make a general statement takes leave of the personal. He knows there is no mileage in himself but in what his gifts perceives. So he works long and hard to achieve the living objects of a trained perception. What is so remarkable and paradoxical about these objects, from our point of view, is how personal they seem to us. There are few sculptors alive today who may stand beside him in this respect.

I first came across his work in a rented cottage in Wales. In a conversation with the landlord and landlady, I asked them who had made the stonework before us by the fireplace. The landlord said, “I did.” I was aware I was in the presence of a work of art wildly sexual yet enigmatically so. This is how I met Kincaid.

Originality presents the artist with a grievous burden. He is all the time on fire with it, while everywhere unrecognised because of it. He is identified with what he is not and praised for what he despises. The more he reaches out to clarify his position, the less tenable he seems to the cautious. Visionary import is mistaken for demotic rapport and vice versa. The wit of wisdom attracts the wit of the witless. So what exactly is going on in his mind?

Paul Kincaid’s heads are the key to the cerebral nature of this most hand­crafted and physical of sculptors. He does not so much think with his hands, as put hands on his intellect. This creates a two-way traffic: the nature of the cerebral enters a hands-on relationship with the physical. Because both tears and sex are intellectual things, this gives him plenty of ground in, access to, the emotional.

In the best work, strange as it is, we nevertheless sense ‘we have been here before’. This is because his work touches and discloses the intelligence we all share. This is rare in modern art, because, in the world of modern art, we are not usually concerned to share intelligence but hard cash. I for one feel more at home in the curvaceous ambiguities of this artist than I do in the straightforward certainties of Fort Knox. All those more sensitive to life forms coming into being than the rectilinear probity of the ingot, are invited to undress. The presuppositions of the age.